I got my second shot of the Pfizer vaccine last week. I never thought I’d be this jazzed to receive a vaccine, but here we are, and that’s just the world we’re living in now.

With vaccination rates in rich countries on the rise, everyone’s talking about “going back to normal.” England has recently decided to do away with basically all COVID restrictions—including mask-wearing. Workers are being encouraged to go back to the office. Brits are rushing off to book holidays somewhere there’s sunshine for more than ten minutes a day.

But is normal the right goal?

Why is “normal” our goal? Was our pre-pandemic normal our best of all possible worlds? Wealth inequality was on the increase. The environment was becoming increasingly unstable. We built a world that worked very well for a select few, but wasn’t working for everyone else.

Besides, we can’t really go back to “normal”, can we? Normal is gone.

The pandemic is nowhere near over, with new variants developing and a highly unequal distribution of vaccines globally. Millions of people have lost their jobs whilst a few billionaires compete in an elaborate dick-measuring contest to see who can burn the most fossil fuels taking a private flight to space. At least maybe you could carpool, guys?

We didn’t live in a utopia before, so why is our default goal to return to that state? Massive shocks, like the one(s) we’re all doing our best to survive through, are a rare opportunity to change our models for working, living, and how the world works. The second world war introduced women to the workforce—because we ran out of men—and once we got there, lots of us just refused to go back.

We don’t have to go back to normal.

When the pandemic started and people were forced to work remotely, I figured it’d never stick. Working under duress would stress people out and completely sour people’s idea of remote work for decades to come.

But I was wrong. Lots of people really liked it. Companies saved money. Apparently, all those people who hated spending hours of their day on an unpaid commute learnt remote work isn’t all that bad after all. (My little sister, who used to say she’d never want to work remotely, now says office work is a dealbreaker.)

It’s not without its downsides, but for lots of people, having the ability to design our work to suit our lives—rather than having to design our lives around our work—is a good change. Let’s keep it!

But let’s do more.

While we’re making changes, let’s see what else we can improve.

How about we quit subsidising corporations, and invest in humans instead? We could implement Universal Basic Income to provide a basic safety net for individuals. If Jeff Bezos can afford a private jaunt to outer space then we—as a society—can afford to pay people enough to survive.

We can stop using taxpayer funds to protect toxic companies in the name of “saving jobs”. It’s bullshit and it allows corporations to skirt all responsibility whilst failing to transfer their bailout money to their workers. Remember kids, trickle-down economics doesn’t work.

While we’re at it, let’s stop bailing out airlines and start investing in better forms of travel. I love travelling, but I hate that it costs me three times as much to take the train from Lisbon to London as it does to fly. I’d love to never take a short-haul flight again. Why don’t we invest our money in something totally bananas, like airships?

Let’s not go back to normal

This is our opportunity to say that the status quo isn’t working. To bypass the incremental pace of progress and make radical leaps forward. To do better.

So let’s declare a moratorium on “going back to normal”. Let’s keep the changes we like, and start seriously evaluating the changes we’d like to try out. We have a rare opportunity to redesign our world. Let’s not let it go to waste. 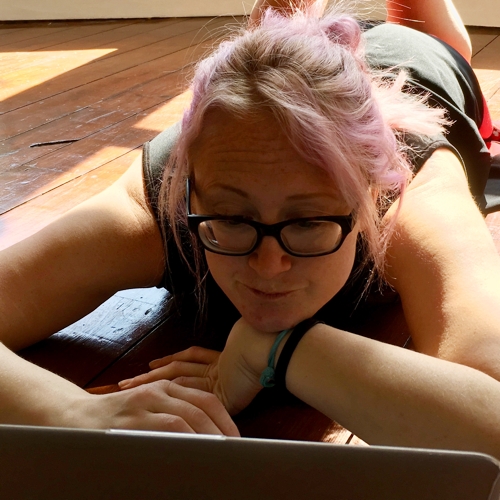